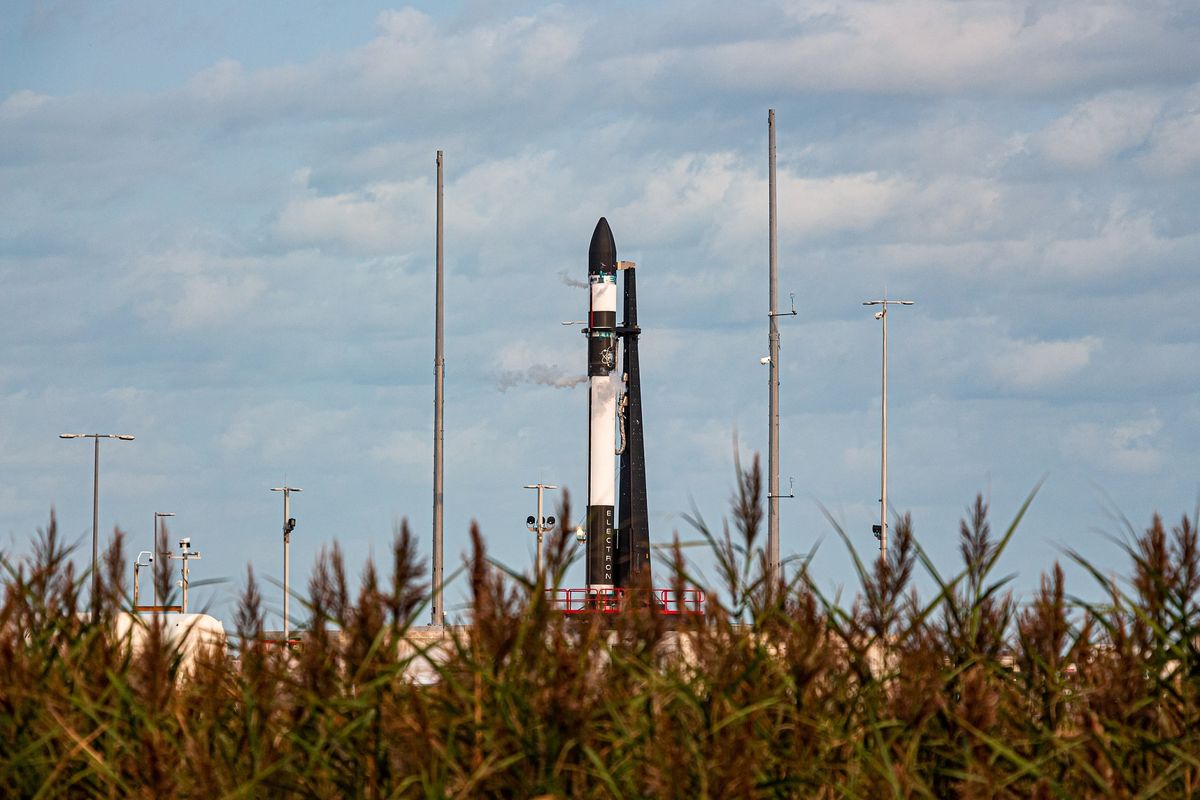 Rocket Lab is nearly ready to launch its first mission from American soil.

The California-based company, which has launched 14 missions to date from its New Zealand site, just wrapped up a “wet dress rehearsal” at its Launch Complex 2 (LC-2), at the Mid-Atlantic Regional Spaceport in Wallops Island, Virginia.

During the exercise, a Rocket Lab Electron booster was rolled out to the newly built pad, raised vertical and fueled. Mission managers then took a simulated countdown all the way to 0, to verify that all procedures will work as planned on launch day.

Related: Rocket Lab and its Electron booster in photos

“With this major milestone complete, the Electron launch vehicle, launch team and the LC-2 pad systems are now ready for Rocket Lab’s first launch from U.S. soil,” company representatives said in a statement on Thursday (Sept. 17).

There is still one major box left to tick, however: NASA must finish certifying Rocket Lab’s autonomous flight termination system, which is designed to end a mission automatically if something goes wrong during launch. Indeed, a targeted launch date will not be set until this hurdle has been cleared, company representatives said.

Rocket Lab aims to greatly increase access to space with the 57-foot-tall (17 meters) Electron, which gives small satellites dedicated rides to Earth orbit. Those rides will soon go farther afield as well: Rocket Lab will use Electron and its new Photon satellite bus to send a cubesat to the moon for NASA next year, and the company plans to launch a private life-hunting mission to Venus in 2023.

LC-2 is designed to be a jumping-off point for U.S. government payloads. The upcoming mission, for example, will loft a microsatellite called Monolith for the United States Space Force, in partnership with the Department of Defense’s Space Test Program and the Space and Missile Systems Center’s Small Launch and Targets Division.

LC-2 will be a secondary launch site for Rocket Lab, hosting up to a dozen launches per year, company representatives have said. Launch Complex 1, on New Zealand’s North Island, is licensed for up to 120 flights annually.

“Responsive launch is the key to resilience in space, and this is what Launch Complex 2 enables,” Rocket Lab founder and CEO Peter Beck said in the same statement.

“All satellites are vulnerable, be it from accidental or deliberate actions,” Beck added. “By operating a proven launch vehicle from two launch sites on opposite sides of the world, Rocket Lab delivers unmatched flexibility and responsiveness for the defense and national security community to quickly replace any disabled satellite. We’re immensely proud to be delivering reliable and flexible launch capability to the U.S. Space Force and the wider defense community as space becomes an increasingly contested domain.”